The current program will include approximately 41 line kilometres of I.P. and magnetic surveying on five discrete targets (see Figure 2) within the property which were initially outlined by the reconnaissance geophysical program conducted earlier this year (see NR18-01, Jan. 31, 2018). Details on each of the target areas is provided below. Following the completion of this phase of detailed work Balmoral will be in a position to conduct its initial round of drill testing on the property.

“This round of work on the Hwy 810 property will move us to “drill-ready” status on multiple fronts, providing the Company with an expanded list of discovery opportunities, without having a significant impact on the treasury,” said Darin Wagner, President and CEO of Balmoral.

The Puiseaux Main target is located in the structural shadow of a regional scale intrusive body on the east side of the property. The primary target is nickel sulphide mineralization within ultramafic rocks, the latter confirmed by historic drilling in the target area, similar to Balmoral’s nearby Grasset Ni-Cu-Co-PGE deposit. Proprietary airborne geophysical data defines two distinct magnetic highs, each several hundred metres long, associated with airborne EM conductors, potentially related to massive sulphide accumulations. Balmoral’s reconnaissance I.P. survey showed strong to very strong chargeability anomalies, again indicative of sulphide mineralization, associated with the interpreted ultramafic bodies. Gold is a secondary target in this area, in particular along an interpreted east-west structural zone running through the southern end of the grid.

The Puiseaux South target, located in the southeastern portion of the property, covers three conductive trends, including a 400 to 600 metre long EM conductor, associated with a moderately elevated magnetic signature, which appears to be distinct from more regional EM features in the area (see Figure 4). Reconnaissance I.P. surveying defined a very strong chargeability anomaly, flanking a distinct resistivity high. There is no historic drill testing of this target.

The Carheil grid is centered on a largely untested, 600 metre long EM conductor in the northwestern portion of the property. A single historic drill hole, seen on Figure 5, is reported to have returned visible chalcopyrite and sphalerite (copper and zinc sulphide) mineralization and a potential exhalative horizon, which often occur along strike from VMS deposits throughout the Abitibi. A second target, a distinct magnetic anomaly associated with a strong airborne EM conductor and strong chargeability response, occurs on the east end of the grid.

A reconnaissance I.P. line from the spring survey identified a strong, coincident chargeability and resistivity anomaly in the Vebert target area. The anomaly coincides with a sharp topographic low, potentially indicating a fault structure, on the flanks of a large, circular intrusive feature. The follow-up grid will be designed to determine the scale and extent of this feature which could relate to silica-rich alteration and associated sulphide mineralization along the fault corridor, an excellent setting for gold mineralization.

The Puiseaux East grid (see Figure 7) is reconnaissance in nature and tracks along the northern margin of the previously mentioned regional intrusive complex on the eastern portion of the property. Anomalous gold mineralization has been intersected in historic drilling immediately east of the Company’s claim boundary. The Puiseaux East grid will test for extensions of the structures hosting the gold mineralization onto the Company’s claims. There is no historic drilling along this contact on Balmoral’s claims.

The HWY 810 property extends across three geological domains and contains regionally extensive structural elements similar to those hosting significant gold deposits elsewhere in the Abitibi region. In addition to gold, there is potential for the discovery of Cu-Zn VMS mineralization on the property given its location between the former producing, 50 Mt Selbaie Cu-Zn-Ag-Au mine to the north and the Estrades gold-rich VMS system to the south. As well a review of historic exploration information suggests local potential for nickel sulphide mineralization associated with ultramafic and mafic intrusions.

As the name indicates, the property enjoys excellent access, via an extensive logging road network connected to regional Hwy 810 which cuts north-south through the property. The Company currently uses Hwy 810 for access to its Martiniere and Grasset deposits.

Mr. Darin Wagner (P.Geo.- B.C., Restricted Permit Que.) President and CEO of the Company, is the non-independent qualified person for the technical disclosure contained in this news release. Mr. Wagner has reviewed the results of the spring 2018 field program and has reviewed and approved of the technical information contained herein.

Balmoral is a well-funded, multi-award winning Canadian-focused exploration company actively exploring a portfolio of gold and base metal properties located within the prolific Abitibi greenstone belt. The Company’s flagship, 1,000 km2 Detour Gold Trend Project hosts the resource stage Bug and Martiniere West gold deposits and the Grasset nickel-copper-cobalt-PGE deposit. Employing an aggressive, drill focused exploration style in one of the world’s preeminent mining jurisdictions, Balmoral is following an established formula with a goal of maximizing shareholder value through the discovery and definition of high-grade, Canadian gold and base metal assets.

On behalf of the board of directors of
BALMORAL RESOURCES LTD. 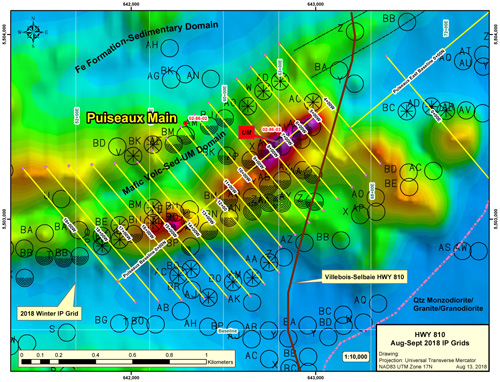 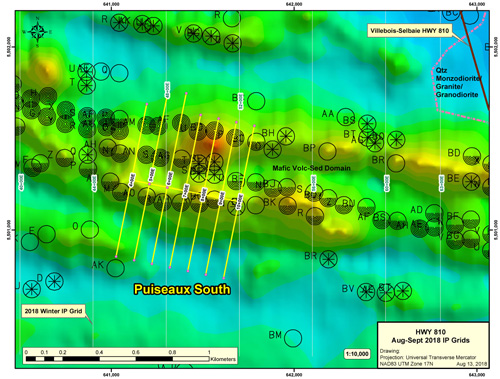